In its 10th annual state ranking of check engine light-related car repair costs, CarMD finds in 2019 Vermont had the lowest average repair cost ($342.14) while California drivers incurred the highest average repair cost ($414.24). Rounding out the five most affordable states for car repair over the past year were Ohio, Wisconsin, Michigan and Iowa. After California, District of Columbia, Georgia, New Jersey and Virginia were the states/districts with the highest repair costs. 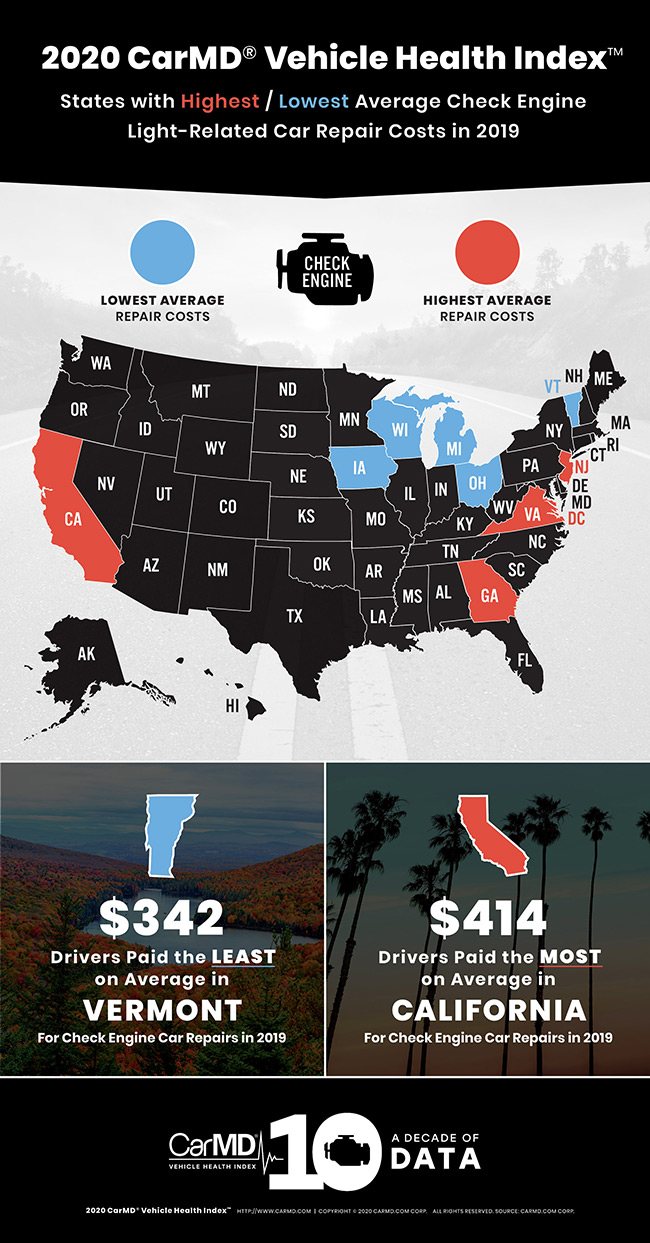 Several factors contribute to a state’s average repair costs, including vehicle age and type, how difficult the repair is, required parts, how much time is needed to make the repair and what the repair shop charges per hour.

CarMD publishes this annual state-by-state ranking as part of its CarMD® Vehicle Health Index™ to bring awareness about the importance of check engine light health in order to reduce cost of ownership and reduce emissions output for cleaner air.

CarMD’s ranking of the five states/districts with the highest car repair costs in 2019:

CarMD ranking of the five states/districts with the lowest car repair costs in 2019: